Global stock indices have stabilized after Monday’s sharp losses on fears the recent surge of Covid-19 cases will derail the global economic recovery. While the uncertainty caused by the increase of infections, caused mainly by the highly-transmissible delta variant, remains, investors have been buoyed by a mainly positive quarterly earnings season.

Next (LON:) stock soared almost 9% after the British fashion retailer smashed its sales expectations, with a rise of 19% in sales in the last 11 weeks compared with two years ago, and raised its profit guidance.

Novartis (DE:) stock rose 2% after the Swiss drugmaker beat expectations for its second-quarter profit while keeping its 2021 guidance.

BASF (DE:) stock gained 1% after the German company said it had been chosen to develop high-performing lithium-ion batteries for electric vehicles with Cellforce Group, a joint venture between Porsche and Customcells.

On the flip side, Daimler (OTC:) stock fell 2.1% after the German auto giant said that the global semiconductor chip shortage will continue to affect its business in the second half of 2020 and that its third-quarter car sales will be the same or below the second quarter.

Additionally, the starts a two-day meeting on Wednesday, after raising its inflation goal to 2% earlier this month. President Christine Lagarde hinted at a change to the bank’s guidance last week, reflecting the slightly higher tolerance for inflation in the new strategy.

U.S. crude stocks increased by 0.81 million barrels for the week ended July 15, the American Petroleum Institute reported late Tuesday, which would be the first build since May, if confirmed by the Energy Information Administration later Wednesday.

Crude prices have sold off sharply in recent days, after climbing to their highest levels since 2014 earlier this month, as Covid-19 cases spread into the U.S. and Europe from Asia. 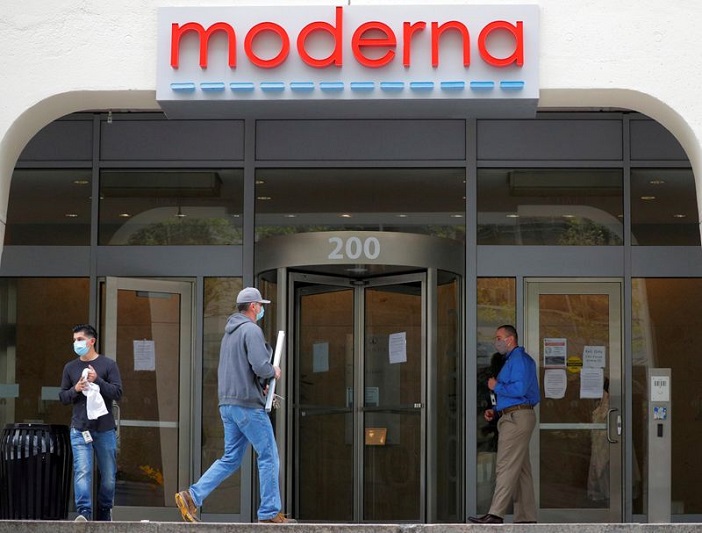 Moderna Slips As Issues At Partners Delay Overseas Release Of Shots By Investing.com

Why Socket Mobile Should be on Your Radar By StockNews

Down 10% in the Past 3 Months, is Now a Good Time to Scoop Up the Shares of Delta Air Lines? By StockNews