Gov. Gavin Newsom proposed earlier this year to direct hundreds of millions of taxpayer dollars into probation departments to monitor people who have been accused, but not convicted, of crimes. The plan is very costly and, worse, harmful to people who are presumed innocent.

Fortunately, the state Assembly and Senate wisely rejected that part of his draft budget. Yet the governor has reinserted this program into his May revised budget. Legislators should push back again and ensure the final budget does not include support for pretrial probation.

Keeping people in jail from arrest until trial — which can be months or years — harms individuals and communities, especially those of color.

Pretrial detention accounts for nearly 3 out of 4 people in California jails, and the state has the second-highest pretrial incarceration rate nationally. This practice is antithetical to values of promoting economic justice, ending mass incarceration and upholding the presumption of innocence.

Newsom is right about the need to improve the broken pretrial system. But his solution is misguided.

He would expand a two-year pilot program, started in 2019, from 16 counties to all 58, and lock in $70 million in annual state funding (plus $70 million for start-up) for this use without any meaningful evaluation or oversight.

What have we learned from the pilot projects? Officially, not much.

The state’s judiciary reports that the quality of the pilot county data is “low,” and its last report showed a 30% failure-to-appear rate and a 40% new arrest rate of those who completed the entire pretrial process. Though experts across the country have raised serious concerns about racial and class bias in pretrial “risk assessments,” no outcomes are reported by race, ethnicity or class. The governor’s staff says there’s no funding for such analysis.

Unofficially, it’s not looking good. Data obtained from Los Angeles County through a public records request show a disturbing trend: Probation imposed intensive monitoring instead of providing actual services. Fully 97% of those charged with misdemeanors and on supervised release were subjected to invasive electronic monitoring.

The program had an extraordinarily high 70% rearrest rate, largely because intensive surveillance and monitoring traps people with violations. A battery problem with an ankle monitor, a missed appointment due to transportation, child care, or health issues, or dozens of other “technical violations” could land someone in jail as a pretrial release violator, without their having been convicted of a crime. This trap does not make our communities safer. Far from being an “alternative to incarceration,” probation-led pretrial programs are pathways to further mass incarceration.

There are better ways.

Santa Clara and San Francisco counties run pretrial programs that collaborate with, but are independent of, law enforcement. They provide low-cost supportive services such as transportation, child care and text reminders for court dates. These counties maintain some of the highest pretrial success rates in California, with lower reoffending and higher court appearance rates.

Sacramento County’s public defender’s office runs a pretrial support project that provides needs assessment and social services to arrested individuals to stop the cycle of rearrest. The program earned the California State Assn. of Counties’ 2020 Merit Award for its innovative approach. It operates at a cost of 6 cents for every $1 that the probation-led pretrial program spends.

Pretrial programs led by non-law enforcement entities have better outcomes, do not contribute to mass incarceration and are more cost effective. So why is the governor doubling down on probation-led programs? Certainly, the state’s powerful probation departments and law enforcement unions stand to gain greatly from the expanded power and funding it would give them.

Newsom’s proposal is fatally flawed. California residents deserve an innovative pretrial model that delivers targeted support and services, minimizes harm to families and communities, and sustainably reduces jail populations. The governor should drop his proposal and in its place, build a pretrial reform model with the full involvement of the Legislature, communities and labor partners that truly ensures public safety for all.

Scott Roberts is senior campaigns director of criminal justice at Color of Change, a member of Care First California, an alliance of more than 30 community organizations.

Letters to the Editor: How principled conservatives can crush Trump’s Republican Party 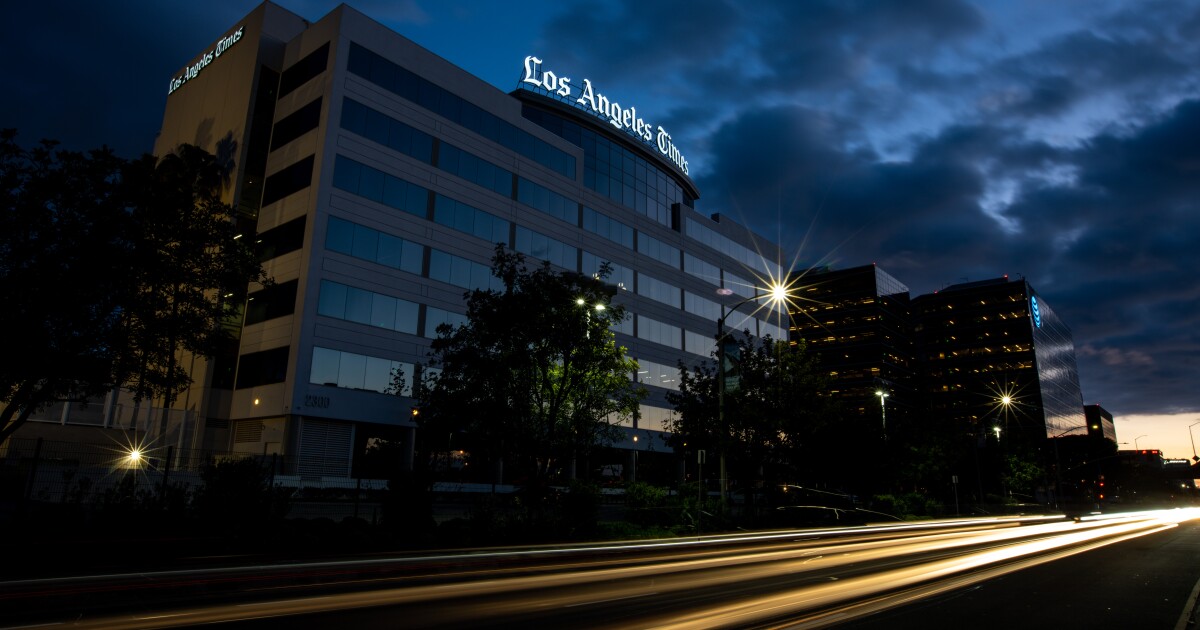 Letters to the Editor: Congratulations on that editorial writing Pulitzer, L.A. Times, but … 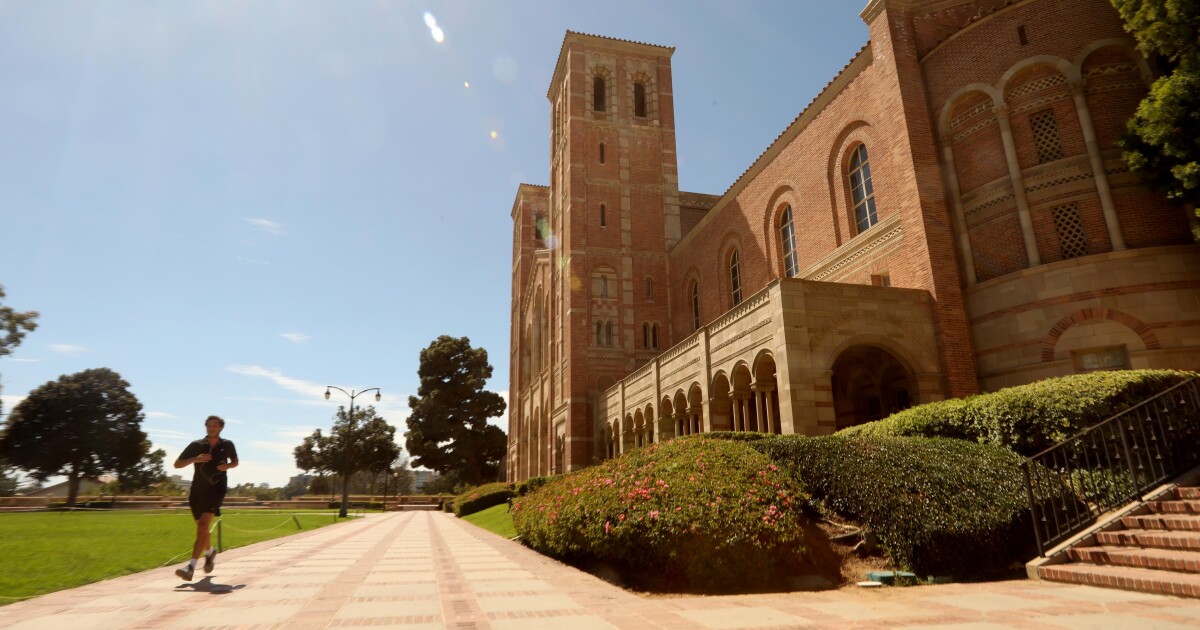 Letters to the Editor: The elite defense of higher education is insulting and unmoored from reality 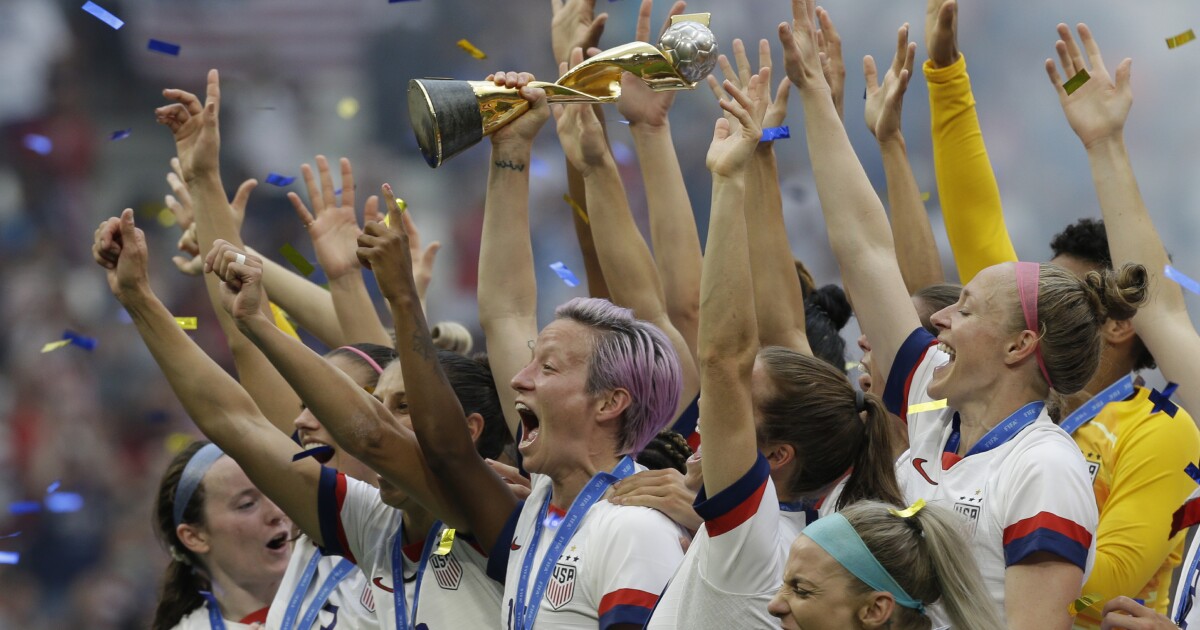 Column: Victoria’s Secret has a new sheen of female empowerment. It’s not working

The US marks a vaccine milestone, but one expert warns that the coronavirus Delta variant has a worrying impact on patients
3 hours ago