In an age where immediacy is king—news can be refreshed by the moment and the hottest takes are often the quickest—it’s nice to have music. Music (or at least good music) takes time to make, produce, package, and release. Which means that many of the albums that have come out in 2021 (so far) were albums made within the confines of the Covid-19 pandemic.

What we’re hearing now are songs from albums that were hatched and orchestrated amidst the fear, the turmoil, the grief, and the confusion. And musicians have processed the pandemic in different ways. Some have stripped down their sound and made spare, haunting albums. Others have turned the out-of-control 18-wheeler that was living in 2020 into music that is raw and LOUD.

All that said (can you tell we’re feeling reflective?) even if you’re feeling done with Covid-19, or you just use music to escape from having to deal with Covid-19, this playlist of 21 songs is flat-out awesome regardless.

Listen to our full Best Songs of 2021 playlist on Spotify.

London is awash in bands recapturing the intimate discomfort of sprechgesang, or “spoken signing,” which is both unnerving and enthralling. Unfamiliar with the genre? Allow Shame’s frontman Charlie Steen to introduce you in this five-minute primer.

“MONTERO (Call Me By Your Name)” by Lil Nas X

The Texan singer-songwriter is largely soft-spoken and soft-strummed, until she isn’t, which makes the building high on this slow-burner so much higher.

The Best Boy Band Since One Direction teams up with Danny Brown. Chaos ensues. We’re all the better for it.

Legend has it that this Swedish post-punk band formed after a night out drinking and some Mariah Carey karaoke. This start-and-stop blast of pure sound like those hazy, fitful, and fantastic moments that occur right around last call.

“Price of Blue” by Flock of Dimes

All hail Jenn Wasner. Whether it’s as one half of Baltimore dream pop combo Wye Oak or her solo project Flock of Dimes, Wasner’s songs take their time, fully enveloping you in reverb-drenched vocals and soaring electric guitars. From the first fuzzy riff to the closing staticky feedback breakdown, “Price of Blue” is heavy and immersive, delivering a standout track on an album with zero skips.

“Hour of the Wolf” by Tribulation

The Swedish goth metal band has resurfaced from 2018’s subterranean-themed album, Down Below, to fill this anthem with Megadeath-ian riffs, brutal drumming, and vocals that tear at your soul.

“What will we say to each other when the needle goes in?” What began as a Phoebe Bridgers parody on Twitter is now the ultimate vaccination anthem. If your feelings about transitioning to a “new normal” are complicated, McCrae’s post-quar love song will surely resonate.

“All Bidness” by Tha God Fahim & Your Old Droog

Droog, from NYC, and Fahim, from ATL, combine biting bars and smooooooth beats on this concept EP. “All Bidness,” in all its horn-swaying and spareness sets a tone.

True Lucy Dacus heads have been (impatiently) waiting for a recorded version of this understated-yet-intense murder ballad since Dacus began playing it live on tour pre-pandemic. The studio version fulfills those lofty expectations, with Dacus deftly controlling the tension as she delivers each poignant line.

John Mayer’s spent the past few years touring with Grateful Dead offshoot Dead & Company and its clear that experience has rubbed off on his solo work. But this song feels less inspired by the scraggly jam rock of the ’70s Dead and more akin to their “Touch of Grey” era, with arena rock synths and a vocal assist at the end from top-tier belter Maren Morris.

Julien Baker writes lyrics that make you want to get a tattoo. Her latest album is louder and bolder than her prior records, but it’s no less sincere, vulnerable, or brave in its approach. This track, like all the best Julien Baker tunes, is a gut-punch.

While the two musicians have worked on numerous soundtracks together (The Assassination of Jesse James by the Coward Robert Ford, for one), Carnage is the duo’s first album album. “White Elephant” is loaded with Cave’s trademark imagery and sneer. Set to the sparse-then-sweeping backdrop of Ellis’ arrangement, all you can do is hold on for the ride.

“Posing For Cars” by Japanese Breakfast

Michelle Zauner owns 2021. She published a memoir, Crying in H Mart, that quickly became a New York Times best-seller (and is now being adapted into a feature film). It’s tough to single out just one song from her triumphant LP Jubilee, but we’ll go with the record’s final track, which starts out with Zauner’s near-whispered lyrics accompanied by sparse guitar and slowly builds to a truly epic full-band outro. It’s the perfect way to close out one of the best albums of 2021.

“Call Me a Fool” by Valerie June

The Tennessee blues-country musician flexes her vocals with Memphis legend Carla Thomas in this repeat-listener of a lost-love song.

The power of Claud’s songwriting comes through in their ability to make the personal seem universal and the mundane appear extraordinary. If you’ve ever been in love (and we hope you have), you’ll recognize yourself in the narrative of “Soft Spot.”

“ALL FUTURES” by The Armed

You only have two seconds to catch your breath before this Detroit-based noise collective pummels you with sound for an unrelating three minutes.

“Like I Used To” by Sharon Van Etten & Angel Olsen

When two of the best siren singers of their generation team up, magic is going to happen. This is top-down, open highway rock, hearkening back to the Wall of Sound without feeling like pure retro nostalgia. Van Etten and Olsen practically dare you to pick up a hairbrush or pen and belt along with them on the song’s massive chorus.

“What did I just listen to?” was the first thought that entered my brain after playing “Hard Drive” for the first time. Then I played it again. And again. And again. It’s like a kaleidoscope, expanding and re-orienting itself with every listen while maintaining a sense of arresting originality.

Beginners was one of the best records of 2020, showcasing CLH’s serious songwriting chops. But on The Version Suicides EPs, Hutson displays his talent at re-interpreting other people’s songs, from ABBA to The Cure. But it’s this rendition of Taylor Swift’s folklore gem that leaves the most lasting impression with its lack of frills and straightforward earnestness.

This content is created and maintained by a third party, and imported onto this page to help users provide their email addresses. You may be able to find more information about this and similar content at piano.io 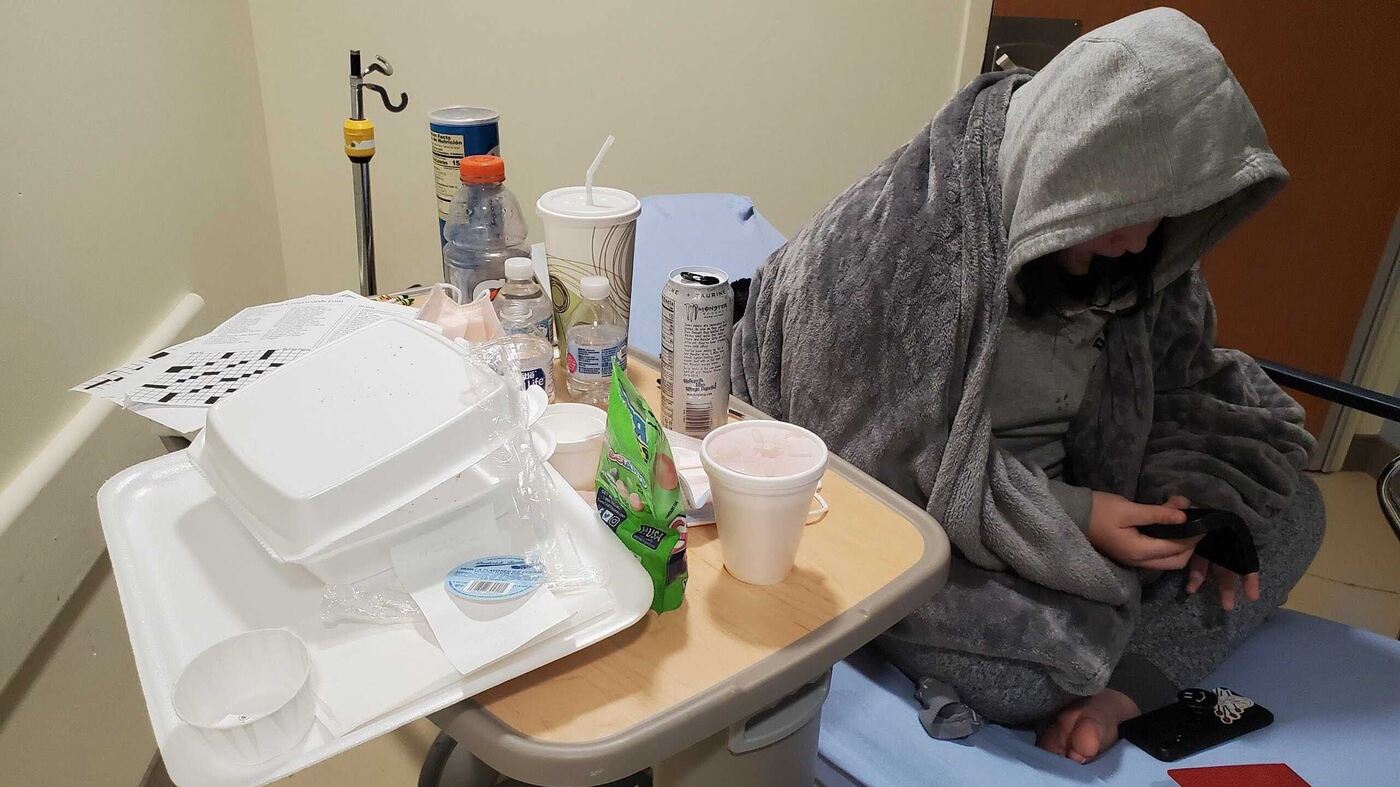 Kids In Mental Health Crisis Can Languish For Days Inside ERs

2 hours ago
Check Also
Close
Featured Posts
The World Is Returning to ‘Normal’ — but What Does That Mean?
3 mins ago