Skeptics puzzling over the logic of watching 82-year-old Ian McKellen playing student prince Hamlet need only look as far as the play’s second scene in which Hamlet rebukes his mother. “I have that within which passeth show.” It’s an amplification of the line Shakespeare gave his chorus character ten years earlier in “Henry V”: “Let us … on your imaginary forces work.” Thus an age-blind, color-blind and gender-blind “Hamlet” is, in theory, perfectly valid. In practice, however, Sean Mathias’ rudderless, torpid production at Theatre Royal Windsor stifles McKellen’s still-powerful potential.

From the word go, the set creates problems. A baldly black, galleried, “Hamilton”-style scaffolding and wood box, it features upper walkways over two small banks of onstage seats at right-angles to the auditorium. So as not to leave those sixty audience members watching actors’ backs, the cast are mostly stranded in the small upstage playing area upstage, leaving the front half of the stage barely used and the majority of the 600-strong main audience feeling mostly removed from the action.

Although choosing to make the period setting unspecific, it’s puzzling to see McKellen initially sporting a suitably funereal, old-fashioned “inky cloak” before returning in featureless sweats and trainers. Frances Barber — a late substitute for Steven Berkoff, who with young actor Emmannuella Cole quit the production during previews — plays Polonius wrapped in an self-satisfied blazer. Yet the rest of the costumes are unevocative.

There are, of course, as many ways to present the play as there are productions. But aside from the overarching casting decision, this production exhibits no unity in either dramatic intent or vision. Instead of matching characterizations to the action to build a thought-through interpretation, staging moments are presented to illustrate lines. Playing with the text for dramatic reasons is standard practice. But when the “O, that this too, too solid flesh would melt” soliloquy is broken up to bring on an exercise bike so McKellen can jump aboard and pedal furiously over the line about his mother’s remarriage “O, most wicked speed…” your heart sinks. The bike is never seen again.

Troublingly, each actor appears to be working in a different style. The production gives off the sense that they were each instructed to go away and make a single character choice, all of which were then merely assembled on stage. The result is that aside from a tenderness between Hamlet and Ben Allan’s sweet, earnest Horatio, we’re shown almost no relationships of any galvanizing depth.

Take Jonathan Hyde, blessed with a powerful bass voice, who presents a fierce, no-nonsense Claudius with malevolent vowels and crisp consonants backed up with ramrod-straight physicality. That makes strong initial sense as he delivers Claudius’s speech over an echoing sound system, underlining his role as senior political operator.

But his performance doesn’t change and the choice makes him so emotionally shut down that there’s no discernible connection between him and Jenny Seagrove’s Gertrude. She in turn boasts next to nothing in terms of character besides an accent — Danish? German? Why? — that renders much of the text unintelligible and a wig so huge that it seems to be there solely so it can be yanked off in the closet scene in order to show her metaphorically laid bare.

As Ophelia, a notoriously tricky, underwritten role, Alis Wyn Davies is given a guitar which pays dividends when she angrily accompanies herself in her madness. But given that we’ve barely seen her be anything other than petulant, her descent into madness — as opposed to Hamlet’s “antic disposition” — is unaffecting.

What’s missing for her is the vital weight in the relationships between characters. Without it, all tension evaporates. The result is that the stings and doomy melodrama of Adam Cork’s soundscape provide more atmosphere than the performances.

In the midst of all this is McKellen. His worldwide fame stems from film but he barely engaged with that medium until he was 49. He was, and still very much is, a theatre animal and his extraordinary ease on stage and his ability to communicate with an audience make him magnetically watchable. His still dynamic physicality — he leaps, runs and, finally, jousts with abandon — is wholly impressive, and that’s before you even get to his facility with the language. He is so at home with the verse that he makes speeches ideally conversational. And even in the most well-worn soliloquies, his greatness flashes as he offers line readings that surprise and illuminate the character.

But the more imaginative the actor, the more they need a director to fashion a coherent interpretation from their choices. Here McKellen is so unfettered, offering so many perspectives, that you realize that instead of being transported into the mind of the young man in a crisis, you’re watching an actor showing aspects of the role. Both performance and production lack cumulative power.

In the gravedigger scene, holding Yorick’s skull, he is ruminative. But that’s the response of an older man who has already witnessed much death. What’s missing is the reaction of a young man shocked into his first real understanding of life and death. Similarly, it’s no accident that he’s at his most powerfully tender as he gives instructions to the visiting players. Beautifully relaxed and utterly authentic, his playing evokes the older McKellen himself at his most patient and avuncular. But we shouldn’t be watching McKellen. We should be watching Hamlet. 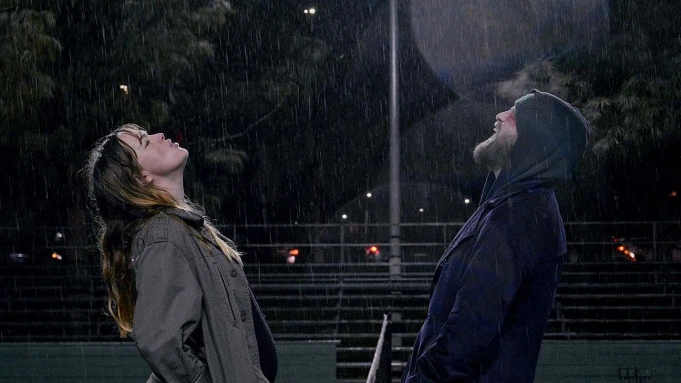