Yield curves in both markets are flattening dramatically, indicating that traders are pricing in a growing risk of a central bank policy error or an increasingly gloomy outlook for long-term growth.

The eye-catching moves are being driven by the long end of the curve, where 30-year yields are falling sharply. At the same time, traders are bringing forward forecasts of the first inflation-fighting interest rate hikes from the Federal Reserve and the Bank of England.

Even though policy rates are at the zero lower bound and are unlikely to rise much after liftoff, premature tightening to fight supply shock-fueled inflation could still choke growth and tip economies toward recession.

The European Central Bank’s infamous rate hikes of 2011, which deepened the region’s debt crisis and triggered a recession, are mistakes no central banker wants to repeat.

It is in that context that Wednesday’s moves bear a closer look.

In the United States, the 10s/30s curve flattened below 50 basis points for the first time since the outbreak of the COVID-19 pandemic in March 2020.

The 2s/30s curve flattened 9 basis points for the second day in a row. The cumulative 18 basis-point fall is one of the biggest two-day declines in over a decade.

The UK 2s/30s spread, meanwhile, narrowed by 15 basis points on Wednesday, the most in a single day since March 2020 and one of the biggest drops in a decade.

The 10s/30s curve compressed to just 23 basis points, the flattest since the dark and volatile days of late 2008.

This comes against a backdrop of the highest inflation in years and financial markets bringing forward the timing of the first rate hikes. Rates markets now expect the BoE to move this December, and the Fed in September 2022.

A Deutsche Bank (DE:) survey of more than 600 market professionals this month showed that a central bank policy error is now the second biggest risk to market stability, behind higher bond yields and inflation, and ahead of growth concerns.

Intriguingly, more think the Fed’s error would be a dovish one, keeping policy too loose. Ultimately, however, the economic damage may be similar to a hawkish mistake, as high inflation would squeeze consumer income and corporate profits, choking growth regardless.

But tightening too early or too much is probably the greater gamble, which is why the Fed may be inclined to allow inflation to run a bit hotter now in order to minimize the much more destabilizing risk of deflation when the next recession hits.

“The Fed can do some real damage by moving too quickly,” warns Scott Kimball, co-head of U.S. fixed income at BMO Global Asset Management.

Minutes of the Fed’s September policy meeting published on Wednesday showed that “various” participants think economic conditions justify keeping the fed funds rate “at or near its lower bound over the next couple of years.” Many of them said there will likely be “sustained downward pressure on inflation in the years ahead.”

On the other hand, “a number” of participants argue that labor market and inflation conditions will allow the Fed to start raising rates by the end of next year. Some of them expect inflation to remain elevated in 2022, with risks to the upside.

What is the larger group, “various” or “a number” of FOMC members?

Over in Britain, as the Deutsche Bank survey shows, the risk appears to much more clear-cut: The BoE will raise rates too early.

Futures markets are now almost fully pricing in a 15-basis-point rate hike in December, a full quarter-point hike by February and 50 basis points by May.

Bank officials have done little to push back on these aggressive market expectations. Their silence has only fueled the frenzy, and rowing back now would likely damage their credibility.

There is an argument to be made that pre-emptive rate increases are needed to anchor inflation expectations, thereby limiting the eventual number and scale of increases.

But as Ross Walker at NatWest Markets wrote during the weekend, “choosing to choke off domestic demand in order to arithmetically offset external cost pressures is a depressing prospect.”

“If there is to be monetary policy error – premature and excessive rate rises – it will be in the UK.”

Analysis-As oil prices skyrocket, fund managers hop on board for the ride By Reuters

Facebook to pay up to $14.25 million to settle U.S. employment discrimination claims By Reuters 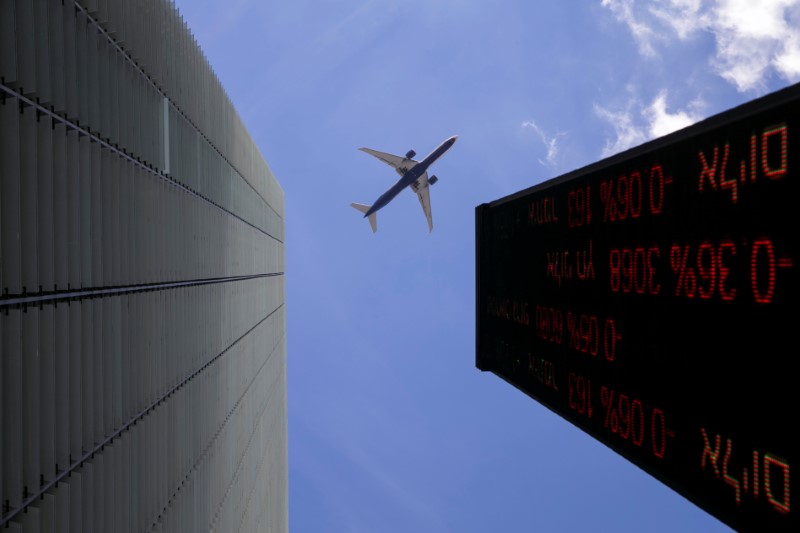 Israel stocks higher at close of trade; TA 35 up 0.08% By Investing.com